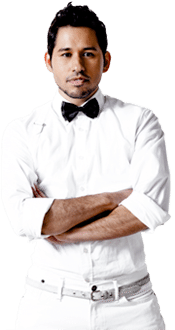 Nick has choreographed for television including Britney Spears VMA Tribute, 2011MDA Telethon opening, Disney's "Shake It Up", Season 9 of American Idol, Bravo's "Step It Up & Dance", the Grammy's, the American Music Awards, the ACMA’s, the MTV Awards, the EMA'S, and the UK's X-Factor.

Nick has choreographed and co-created a dance workout campaign for Adidas 2012 and commercials for Coke featuring Cee Lo Green and Janelle Monae, Adidas featuring Katy Perry, and Fanta featuring the Fantanas.  He has also choreographed industrials for Sexyhair, Levi's, Macy's Passport, and Swarovski.

Nick co-starred with Beyonce in Spike Lee's "Hip Hopera" for Pepsi, and danced with Britney Spears in her Pepsi campaign which is re-airing as part of the US X-Factor launch.

Nick has appeared in the films Rent, Bring It On Again, David Lachapelle's H&M short, as well as appearances on “Saturday Night Live,” “The Oprah Winfrey Show,” “The Ellen Degeneres Show,” “The View,” and “Late Night with Jay Leno.”

We thank our friends at gpsts.org for supporting the CoDance website!